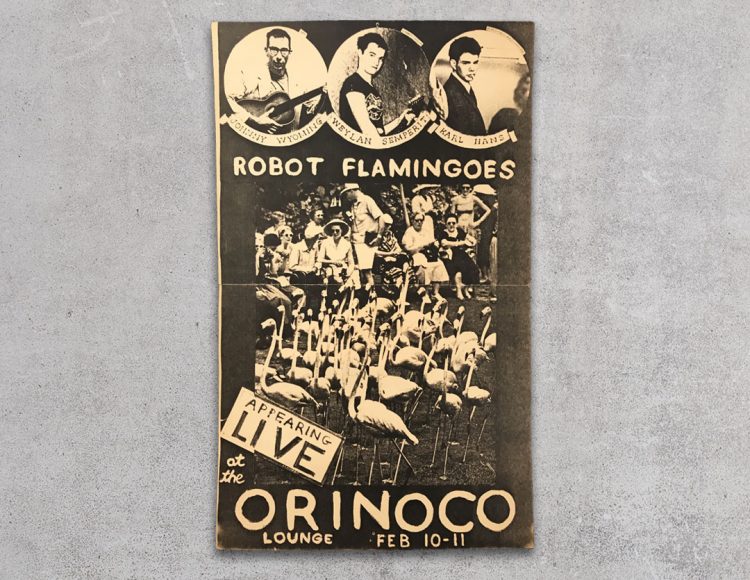 Memories of my high school days are blurry-at-best. I’m convinced my mind has partially blocked out the majority of those awkward years to save what’s left of my sanity. But one thing I will never forget was a story that my art teacher, Mr. Fox, told me that forever opened my eyes to the power of advertising. Could it be that this one story was the catalyst that lead me to my career in advertising today? Who’s to say?

Back when he was in high school, Mr. Fox’s youngest brother and his friends had the genius idea of starting a band that didn’t exist—just for shits n’ giggles. They scored some obnoxious pink suit jackets at a thrift store, glued some leopard print fabric on the lapels and snapped a few publicity style photos of “the band.” They gave themselves phony names (“Johnny Wyoming, Weylan Semperit, Karl Hans”) and dubbed the group “The Robot Flamingoes”—a name just dumb enough to be believable. Raise your hands if you’ve heard of The Shins, Smashing Pumpkins, and the list goes on.

The fictional band printed up some stickers and a bunch of concert flyers, but the flyers were always backdated with show information that had “happened” weeks before the flyers actually went up. They plastered them all over Philadelphia, especially on South street and near other venues where the punk and post-punk shows were happening.

The moment of glory came one day when The Robot Flamingoes were named one of the “hot new bands” in the now defunct CityPaper (RIP) along with the names of other real bands.

BOOM! My mind was blown.

This “band” had never played a single note, never graced a stage, and never heard the sound of one hand clapping. Yet somehow, they were doing more than getting noticed–they were getting raves! To me, this wasn’t a coincidence—it’s the result of effective and disruptive advertising. These pink-hued teens and their “experiment”—call it an anti-performance art piece or whatever—proved that with perseverance, well placed advertisements, and interesting content, even something that didn’t exist could get a lot of attention.

Out of sight, out of mind

Nothing drives me crazier than when I hear that a company is cutting down their marketing budget because “times are tough.” Why is it that advertising is always the first item on the budget list chopping block? I want to grab these decision makers, shake them around a bit and say “NO! You’re doing it all wrong.”  Stopping advertising is the exact opposite thing they should be doing when the business is hurting.

In fact, they should be doing even more advertising. Do it better, make it more effective—because going dark is the first nail in a business’ coffin. The simple truth is if you aren’t out there getting noticed, you don’t exist. How can you expect to get more sales, or sell more tickets if no one knows you exist? If only I could relay Mr. Fox’s story to these doubters. Maybe they too would be inspired by the potential of effective advertising and rethink their strategy.

Look, if a band that didn’t even exist was able to “make it” off of advertisements alone, then your legitimate brand should have endless potential.  The power of advertising may very well be greater than any power chord ever played. 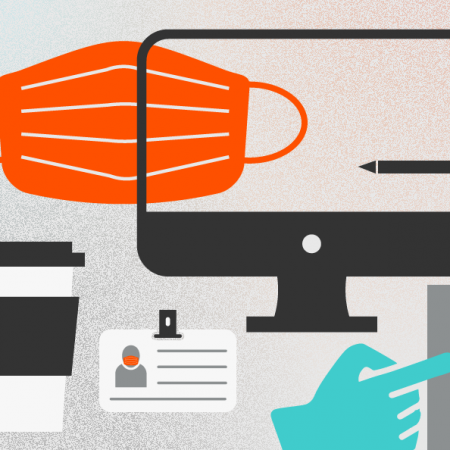 Your Brand. Out There.